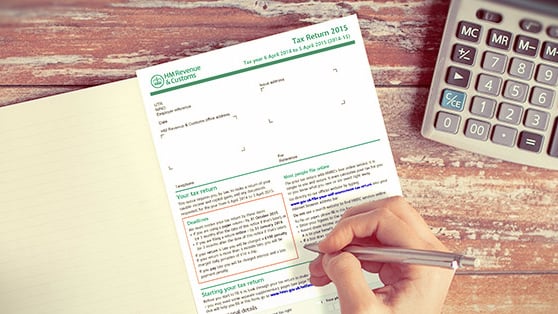 Open up your payslip and it will probably be a sea of information you don’t quite understand.

It’s easy to focus on the amount you’ll actually be taking home after tax, national insurance and other deductions. But there is one very important combination of numbers and letters which you shouldn’t ignore. It’s the tax code, and you need to make sure it’s correct.

The amount of tax you pay depends on how much income you have and how much tax you’ve already paid in the year, as well as your Personal Allowance.

To work out what tax you will pay, HMRC gives you a tax code. Different people have different tax codes, depending on their circumstances.

If it’s incorrect, you could end up owing the government money, even if it’s not your fault. Making sure it’s right early on means you’ve a better chance of knowing what you have and keeping on top of your cash.

Work out what you should be taxed using our Tax Calculator. You can also read more about Tax and National Insurance deductions on the MAS site here.

What the numbers and letters mean

The number is normally the amount you can earn before any tax is due divided by 10. The letter is how much tax you need to pay.

If your tax code ends in an L

This tax code is used for people who have one job or pension. Most people will be able to earn £11,850 before tax, which means their tax code will be 1185L.

If your tax code ends in an M or N

These codes represent anyone who has the Marriage Allowance. Couples who are married or in a civil partnership can transfer 10% of their personal allowance to their partner (as long as they meet the criteria). The partner receiving the extra allowance will have the M rather than normal L, while the other partner has N.

These usually means you have more than one source of income such as a second job, pension or money paid out by investments. If your main income source is more than your personal allowance (so for most that is £11,850), the second salary/income will all be subject to tax.

If your tax code starts with K

This means you could be paying tax owed from a previous year and it’s more than your personal allowance. You might also have this if you get state or work benefits, like the State pension or a company car, you need to pay tax on.

The amount you get taxed can’t be more than half the amount you’ve earned or received that pay period (whether that’s monthly, weekly or another period).

If your tax code ends W1 or M1 at the end

This means you’re on an emergency tax code. For example, if you start a new job your correct tax code might not have been worked out before your first payday. This means you’ll possibly be taxed the wrong amount to start, but this is usually updated automatically and will level out.

To make sure you’re on the right tax code, check your code matches the Personal Allowance you should be getting and see if you’ve paid the right amount.

If you think you’ve paid too much tax

You can check if you’re due a refund on the HMRC website or use the HMRC online tax checker.

Depending on your circumstances, you may be able to ask for a refund using a form, or you may need to contact HMRC directly.

If you think you haven’t paid enough tax

If you think you’ve underpaid tax, then let HMRC know. They may alter your tax code for the next financial year and claim the money back from your salary, though this will only be up to £3,000.

Otherwise, tax still due for the last tax year must be paid by 31 January following the end of the tax year in which the income was earned. So if you owe tax for 2017/18, you’ll need to pay it by 31 January 2019.

Second job tax – how much will I have to pay?

What is the PAYE scheme?