Career Advice  >  Life At Work  >  Office perks: Have they lost their pulling power? Looking for a job with the biggest benefits?

Although exciting office perks might make a role seem more appealing, knowing their true importance is vital in ensuring you pick an organisation that’s right for you. But not all candidates (or employers) see benefits as a big deal.

So, are office perks a must-have, or have they lost their pulling power?

All play and (some) work

Companies around the world offer a wide variety of benefits, ranging from the decent to the downright bizarre.

Examples include everything from slides at Lego and in-office yoga classes at Yahoo, to arcade games at Dropbox, and free holidays at Airbnb.

But it isn’t just in the US – many UK companies also offer exciting benefits. So whether you want your own allotment or a gym membership at Google, or you’re interested in unlimited holiday at the7stars in central London – an improved sense of workplace wellbeing could be within your reach.

And aside from their obvious on-the-surface attraction, many companies cite perks as a great way to promote work/life balance and employee wellbeing – not to mention promote communication, a sense of community and company culture.

There is no such thing as a free meal

Free food and drink is arguably one of the top ranking potential benefits for most employees.

Not only does it keep workers happy, it also means the company benefits from a productive and well-fuelled group of people – who are so grateful that they ‘feel obliged to do something back’.

Aside from Google, companies like Dropbox, Twitter, and Pixar are well-known for the free food and drink they have on offer – but they’re far from the only examples. 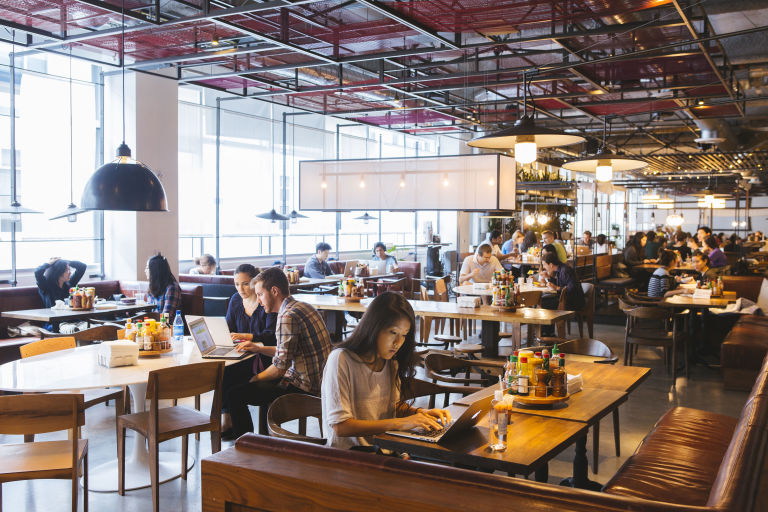 The fading power of perks

Although an abundance of beanbag chairs and free fajitas might seem like a great initial pulling factor – are they really enough to give you job satisfaction past day one?

Evan Porter, former employee of a US-based digital marketing agency, explains ‘the ping-pong table and Red Bull are very surface level’ – and although cool company perks sounded good when he first interviewed for the position, ‘the actual day-to-day management wore [him] out over time’.

Intern, Dalton Dranistsaris, who works for a large software company, also admits the ‘first-glance attraction’ of fancy office perks – but acknowledges that ‘other things are important as well, like what you’re working on and if it’s in your field of interest’. Although appealing benefits are hard to fault, that doesn’t mean they’re enough to stop people from quitting – especially if the company is struggling to nail the basics.

Google often ranks number one for company culture, for example, but are incentives the reason why? Project Aristotle was put in place in 2012 to find the secret to their success.

And surprisingly, it found that employee morale wasn’t directly linked to Google’s benefits.

Instead, a recent study has suggested that high ‘social sensitivity’ was the key to their successful teams. In other words, people being open, honest, and accurately able to gauge others feelings.

Senior Psychology lecturer at the University of Central Lancashire, Sandi Mann, agrees: ‘the really important thing is [that] staff feel they are acknowledged and praised when they do good work’ – indicating that nice colleagues and a supportive boss might be better for you than a nap pod.

So, although office perks are a great way to help attract people to an organisation, is that really enough for businesses to keep them in the long run?

US psychologist Abraham Maslow placed an emphasis on the importance of addressing basic human needs (including food, shelter, and a feeling of safety) at work. And with these achieved, Maslow believes people are better able to commit to their work and gain overall fulfilment.

So if the perks don’t adhere to any of the above, are they really adding anything? Because however attractive the benefits seem, the business and position as a whole should come first. After all, that all-important foosball table could break down on week two.

Maybe slides really are on their way down…

Employee benefits: What you need to know