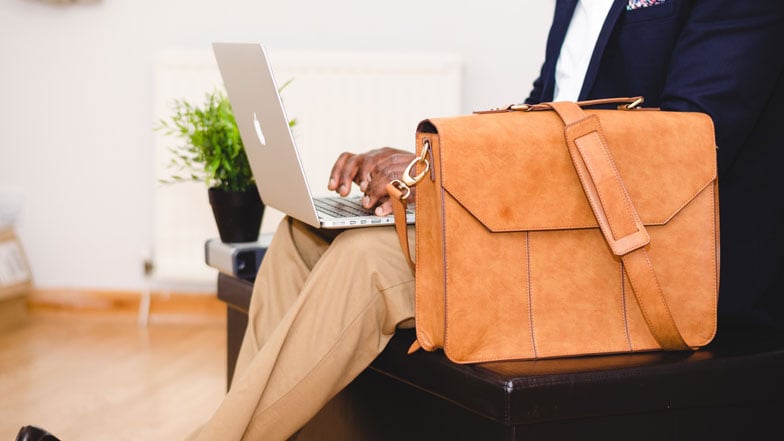 Looking for a role in management? First, you have to manage the interview…

Whether you’ve been a manager for a while, or you’re looking to move up the ranks, interviewing for a management position can be difficult – which is why formulating your answers in advance is absolutely vital if you want to stand out from the crowd.

To help inspire you, here are five of our favourite manager interview questions, and our advice on how to answer them:

If you’re faced with this question at an interview, always show instead of tell.

In other words, don’t just talk about your management style – tell them how it actually works.

And since the ability to pay yourself a compliment without coming across arrogant is often tough, aim to define what good management is first. Then talk about yourself positively by explaining what you’ve done, rather than simply repeating words like ‘responsible’ and ‘good leadership skills’.

For example, stating ‘I focus largely on meeting sales targets’ is unlikely to make your interview stand out. Instead, consider saying something along the lines of ‘my ability to motivate a team through incentivised goals has meant my store has become the highest performer in my area.’

Right answer: ‘In my opinion, a good manager gives good, clear direction, and is always available to provide help and advice – but doesn’t take over. I like to think this style best describes how I do things. I also think it’s important to ensure colleagues have the chance to reach their full potential. For example, I hold periodic meetings to discuss the career goals of each member of the team. Sometimes they’re not even sure what they’re aiming for, so it’s a great way to provide direction and improve employee morale.’

Wrong answer: ‘I like to be there for my team, but not physically – just you know, in spirit.’

Management styles: What you need to know

Difficult people are an inevitable part of life – and as a manager, your ability to deal with them in the right way is extra important.

You’d be surprised at the amount of useful skills you can demonstrate in answering this question well – as long as you adequately describe the resolution (and its impact), as well as the problem. If in doubt, always follow the STAR technique.

And don’t worry if things didn’t run smoothly. It wouldn’t be a difficult situation if they did. In fact, hiding away from any slip-ups will only make your example come across clichéd. Instead, use them to show how you’ve learnt to better cope in similar situations that may arise in the future.

It’s also a good idea to prepare your example in advance – that way you should be able to leave any emotional bias out of it.

Right answer: ‘I think it’s important to remember that determination can sometimes cause problems – even if the person means well. For example, I once managed someone who constantly met their targets – but their team work ethic was way off. Although they appeared successful, it turned out they were taking leads from colleagues. So I sat down with them to make them aware of the consequences, and stressed the importance of our team targets, rather than trying to work against each other. Not only did they turn things around, they also regained the respect of the team.’

Wrong answer: ‘Well, they’re no longer on my Christmas list, that’s for sure…’

Five types of difficult employee (and how to manage them)

What strategies do you use to motivate a team?

The most important thing to remember when answering this question is that you should always have more than one strategy.

Everyone has different work styles, personalities, and performance levels, meaning how they respond to motivation differs too. In other words, it’s never a one-approach-fits-all when it comes to team drive.

To let the interviewer know you understand this, explain that you always take the time to get to know your team members in order to understand how they work. Then, talk about how you utilise a variation of techniques based on what suits them best.

As always, it’s a good idea to use examples to show how you’ve succeeded at this in the past. Not only will this provide context for the strategies you use, it’ll also prove they actually work.

Right answer: ‘My main strategies are based around recognising colleagues’ achievements, giving consistent feedback, and providing context for their work – but the ones I utilise most depends on the employee. For example, those who are most goal orientated tend to respond best to understanding the impact of their work, and colleagues that are under-performing are best motivated when given set areas to work on and improve.’

What has been your biggest success so far in your career?

Although talking about self-proclaimed greatness is something many people find difficult, in an interview, it’s sometimes the only way to make yourself memorable. It’s also the key difference between career progression and career stagnation.

So set your inhibitions to one side for the sake of this question. The interviewer has asked it entirely so they can hear about the best version of you – so unless you go completely off topic, you can’t go wrong.

Just always make sure you prepare in advance. Otherwise, you could end up referring to a recent achievement on impulse, which may not necessarily the best one. And don’t be afraid to include dramatic effects such as results, growth, and transformation.

Right answer: ‘My biggest success so far has to belast year’s launch of or new range of snack bars – which was the first ever health snack to sell a million units in the UK in under 12 months. After landing the UK distribution deal, I was given three months to gain traction or they’d pull the plug. This wasn’t easy, but through communicating with hundreds of providers, I managed to build enough bridges to make the product take off. We even managed to make a decent profit- helping turn an underdog product into a household name.’

Wrong answer: ‘Yesterday I managed to throw 10 malteasers into my mouth without missing.’

Describe a time when you led by example

Being a good leader isn’t just about telling others what to do, it’s also about showing them how it’s done.

So when you’re asked question, you’re essentially being tested on your own competencies as well as your ability to succeed – which in turn has a positive effect on your team members’ performance.

To answer this question well, make sure you focus on the constructive outcome your behaviour resulted in, as well as what you did.

For example, saying you set the bar high by signing 45 customers up to your store loyalty card is good – but further explaining that your attitude resulted in your colleagues gaining another 100 sign-ups helps to prove that not only are you succeeding, your team is too.

Because there really is no ‘I’ in team…

Right answer: ‘In my last job, we had a drive to sell charity raffle tickets. The team were really on board with the cause, and we had a friendly rivalry going with other stores in the area – so the pressure was on. The problem was, customers just didn’t seem interested. So I took things into my own hands and tried different types of wording as well as a few persuasion tactics. After a few hours, I’d managed to sell X amount raffle tickets – and after I explained the new approach, the team went on to sell a combined X amount that weekend – making us number one in the area.’

Not sure any of these questions will come up? Don’t panic. We’ve got plenty more…

How to answer: Tell me about yourself… The top courses to help you get hired May 2021 Five qualities to be a good team leader