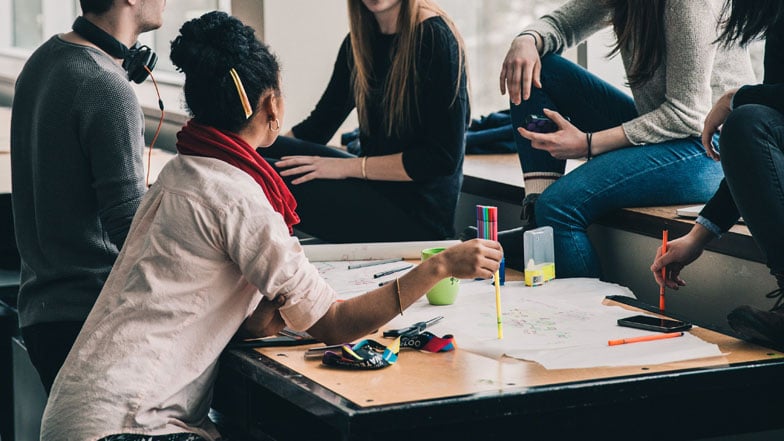 All staff are created equal…

In today’s job market, companies are continually striving to achieve social and political consciousness and responsibility. And a big part of that comes down to ensuring equality is observed across all their departments.

To help you see exactly what’s covered, here’s everything you need to know about the Equality Act – and what it means when it comes to your career:

The Equality Act, set out in 2010, is a piece of legislation that aims to protect all individuals from discrimination, harassment and victimisation in the workplace – as well as their lives in general.

Covered as part of the act are various protected characteristics ranging from age and religion, through to gender, sexual orientation and disabilities.

What are protected characteristics?

There are nine main areas which the Equality Act covers – known as ‘protected characteristics’.

Ageism in the workplace can come in many forms. The Equality Act makes it unlawful for employers to discriminate against any member of their workforce on the basis of their age.

Sex or gender discrimination is protected under The Equality Act 2010 – ensuring employees are covered against direct and indirect discrimination, victimisation and harassment in all circumstances.

As a protected characteristic, a person’s sexual orientation is safeguarded by the act – whether they’re bisexual, homosexual, heterosexual or otherwise.

As part of the act, those who have had gender reassignment surgery (or are thinking about doing so) are protected from discrimination.

The Equality Act 2010 does not include those who identify as transgender – although various changes have been proposed which would cover these individuals, meaning they could still be incorporated in the future.

Racial discrimination legislation outlined in the Equality Act prevents companies from treating employees and jobseekers differently because of their racial or ethnic background.

A person’s religious beliefs are also covered by the act, meaning that employers are required to allow their employees to observe certain religious practices. It also protects those who have no particular religious beliefs.

Examples of direct and indirect marriage and civil partnership discrimination:

Similarly, the Equality Act 2010 aims to stop any unfair treatment to women in the workplace who are pregnant and have maternity entitlements.

Examples of direct and indirect pregnancy and maternity discrimination

Maternity and paternity leave: What you need to know

Under the Equality Act 2010, a disability is defined as a physical or mental impairment that has a substantial and long-term negative effect on your ability to carry out your daily activities.

It’s unlawful for someone to treat an individual less favourably than another because of their disability and so, organisations must make reasonable adjustments to protect the wellbeing of their workers.

How are you protected by the Equality Act?

If you feel you’ve been the victim of some form of discrimination at work, always speak to your employer first to resolve any issues.

If the problem persists, then a claim can be taken to an employment tribunal, who will review your case(s) on an individual basis. However, it’s important to note that a fee will be incurred to file these claims.

Additionally, it’s important to note that there are limited exceptions for all protected characteristics that could allow for certain behaviours to be deemed acceptable in the workplace. For more detailed information on these exceptions, visit gov.uk.

Where can I get more advice on equality?

Acas have a lengthy section on equality and discrimination, providing relevant advice as well as working examples of different discriminatory scenarios in the workplace.

Similarly, Citizens Advice have a dedicated contact service, which allows you to speak to their agents directly and seek advice on your next steps. This is especially important if you feel you’ve been discriminated against, or need some guidance to support your claim(s).

Please note, the information outlined above is intended for general guidance purposes only, and is subject to change.

How to: Find a company’s equality and diversity policy

Equal pay at work: Five ways to be paid fairly

Why does employment law exist?